The Mayor and City Council serve as the governing body over city administration providing direction to City staff on policies that aim to ensure for responsiveness, effective and high quality service delivery to our residents. For 12 months of the year (with only two small breaks in the summer and winter), the Mayor and City Council manage the City's legislative agenda, ultimately setting City Council local municipal policies, passing local ordinances, voting on funding appropriations and developing an overall vision for the City. In Union City, the Mayor is elected at large, meaning that they represent the entire community, and the Council members are elected by district.

The City Council adopted Council Norms in January 2021 as a commitment to operate effectively as a policy team under a common set of norms.

Carol Dutra-Vernaci is in her third term as Union City Mayor. She made history on December 11, 2012 when 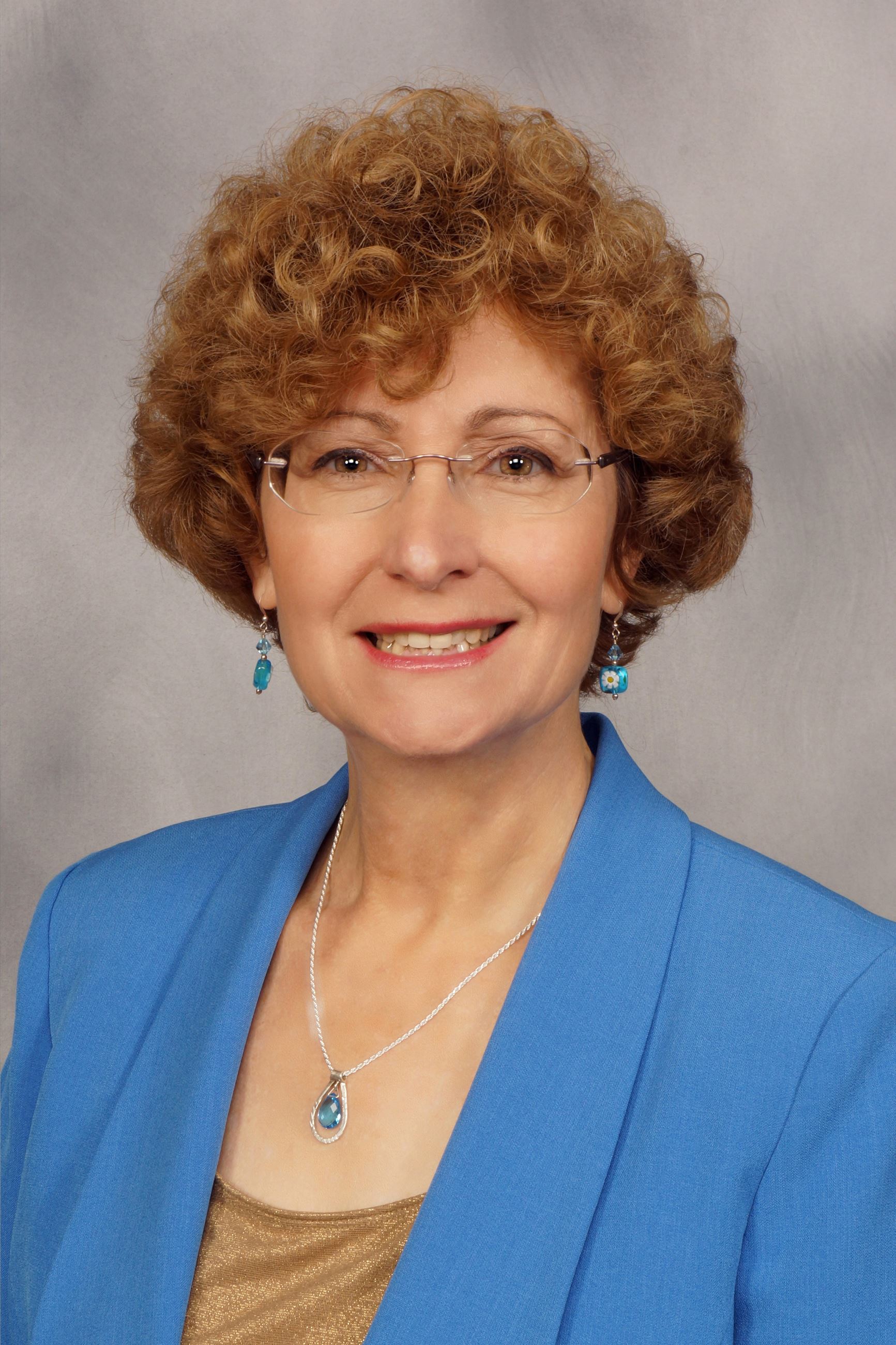 she was sworn in as the first woman mayor of Union City. Being elected mayor capped more than two decades of volunteering and public service.

She is a third generation Union City resident; growing up in Decoto and now living in Alvarado.  She is a graduate of James Logan High School, Class of 1972, and alumna of California State University Hayward with a degree in Psychology and Taxation education.

Mayor Carol continues to serve as a member and Past-President of several local nonprofits in the fields of education, health care, youth activities, animal welfare, and the Lions Club of Union City, as well as the Chamber of Commerce.

Mayor Carol’s city service started in 1988 and includes: member of the original Redevelopment Advisory Committee representing businesses, Planning Commissioner, then in 1997 was elected to the city council where she served for thirteen years.

Carol brings more than thirty years of business experience to the role of mayor. As an Enrolled Agent, she has owned and operated her income tax business in Union City since 1986.

As councilmember, she served on the county Housing Authority and the League of California Cities Policy Committees and is a Past-President of the Leagues East Bay Division. Carol went through C.E.R.T. (Community Emergency Response Training) and advocated for residents to prepare for earthquakes. She was the city C.E.R.T. Coordinator for two years before being elected mayor.  As mayor, Carol heads the city Disaster Council.

As councilmember, Carol was a member of the Union City team that won the “All-America City” title by the National Civic League.  As Mayor, she had the slogan used for the competition;  “Many Hands, One Heart” put up in the City Hall lobby.

As mayor, she has and continues to represent Union City and the region on local, county, state, and national organizations in the areas of Economic Development, Communications, Energy, Housing and Transportation.. Carol is known region wide as a major advocate for improvements in the Dumbarton Corridor and specifically for Dumbarton Rail.  She has developed strong relationships on all levels.  As a “connector” she has always maintained a focus on strengthening the local community and using her relationships on all levels for the betterment of Union City.

As a participant in the Mayors Institute on City Design, she engaged with leading design and development experts to work on critical planning and design challenges facing Union City.  Carol is one of 40 Mayors selected from around the country participating in the Bloomberg Harvard City Leadership Initiative’s U.S. Cities Recovery Leadership Program. She and the other Mayors are exploring approaches and actions to emerging challenges created by the COVID-19 crisis including crisis budgeting and fiscal recovery  and working towards a recovery that is socially, racially, and economically equitable. 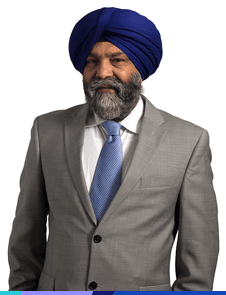 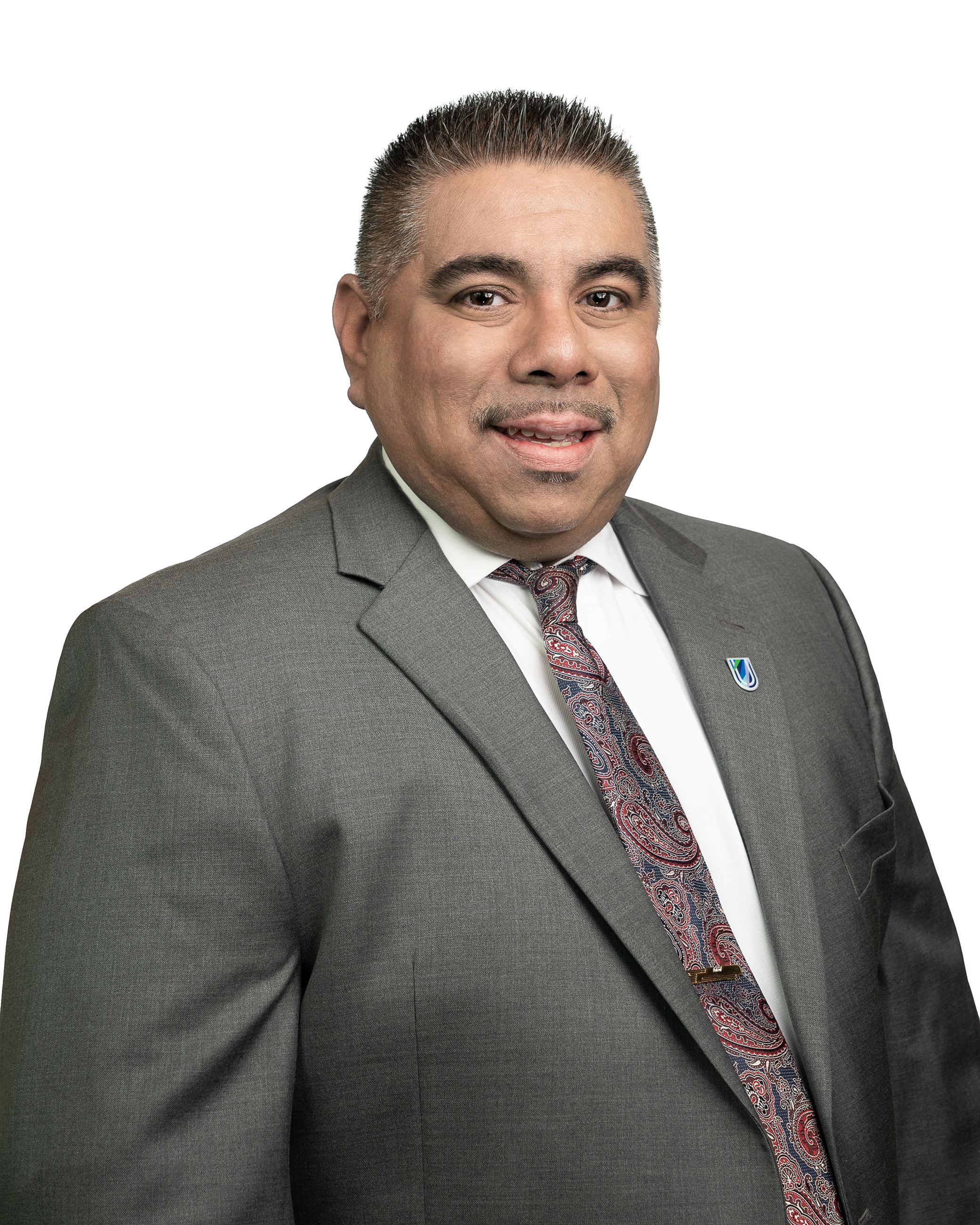 Jaime is a lifetime resident of Union City. He grew up in the Decoto District and is raising his 16 year old daughter there as a single parent.

He attended schools in the New Haven Unified School District his whole life and graduated from James Logan High School in 1989. Jaime was a member of the first Forensics Team at Logan, coached by Mr. Tommie Lindsey.

Jaime graduated from Chabot College with Associates Degrees in Business Administration and Administration of Justice. He later received his BA in Political Science from CSU Hayward and received an MBA from CSU East Bay.

Jaime was on the Union City Human Relations Commission from 2012-2018 and served as Chair from 2013-2016. While on the Human Relations Commission, he is proud to have co-authored the City's Compassionate City Resolution. He also served on the Itliong/Vera Cruz Renaming Committee, the Union City Police Department Strategic Plan Steering Committee and the General Plan Advisory Committee.

Jaime has been a member of the Community Emergency Response Team (CERT) for Union City since 2014. Most recently serving at the SCU Lightning Complex Fire Base Camp at the Alameda County Fairgrounds.

Jaime was also on the Board of Directors for Centro de Servicios from 2016-2018. They are the oldest community service organization in Southern Alameda County. He still frequently volunteers there. Centro de Servicios gives emergency food aid and other services to those in need in our area.

Jaime has been on the Board of Directors for the Tiburcio Vasquez Health Center (TVHC) since 2013, currently serving as its Treasurer/Finance Chair. TVHC has a $42 Million annual budget and 270 employees. TVHC provides quality healthcare to those in need regardless of immigration status or ability to pay.

Jaime is currently employed as a Finance Manager for a national healthcare provider, handling multi-million dollar contracts daily and ensuring access to quality care for its members. Jaime has also negotiated Housing Navigation Center contracts for members that have Medi-Cal as their primary insurance.

Jaime has been on the City Council since 2018. He represents the City on the League of California Cities, is a member of the Latino Caucus and sits on the Governance, Transparency and Labor Relations (GTLR) Policy Committee. He represents Union City on the Board of Directors of East Bay Community Energy and is Chair of their Legislative and Marketing Committee. He is also a member of the National Association of Latino Elected Officials (NALEO) and is on the Board of Directors of the Hispanic Elected Local Officials (HELO). Jaime also serves on the Community and Economic Development (CED) Policy Committee for the National League of Cities.

During the Shelter in Place, Jaime teamed up with other community members to give out lunches and produce to families in need in Union City. What started out as a food drive helping about forty families has grown to a drive that now helps about 250 families.

Jaime attends local, state and federal COVID-19 briefings as his schedule allows to get the latest news and breakthroughs regarding the pandemic and to hear about new funding opportunities for our City. 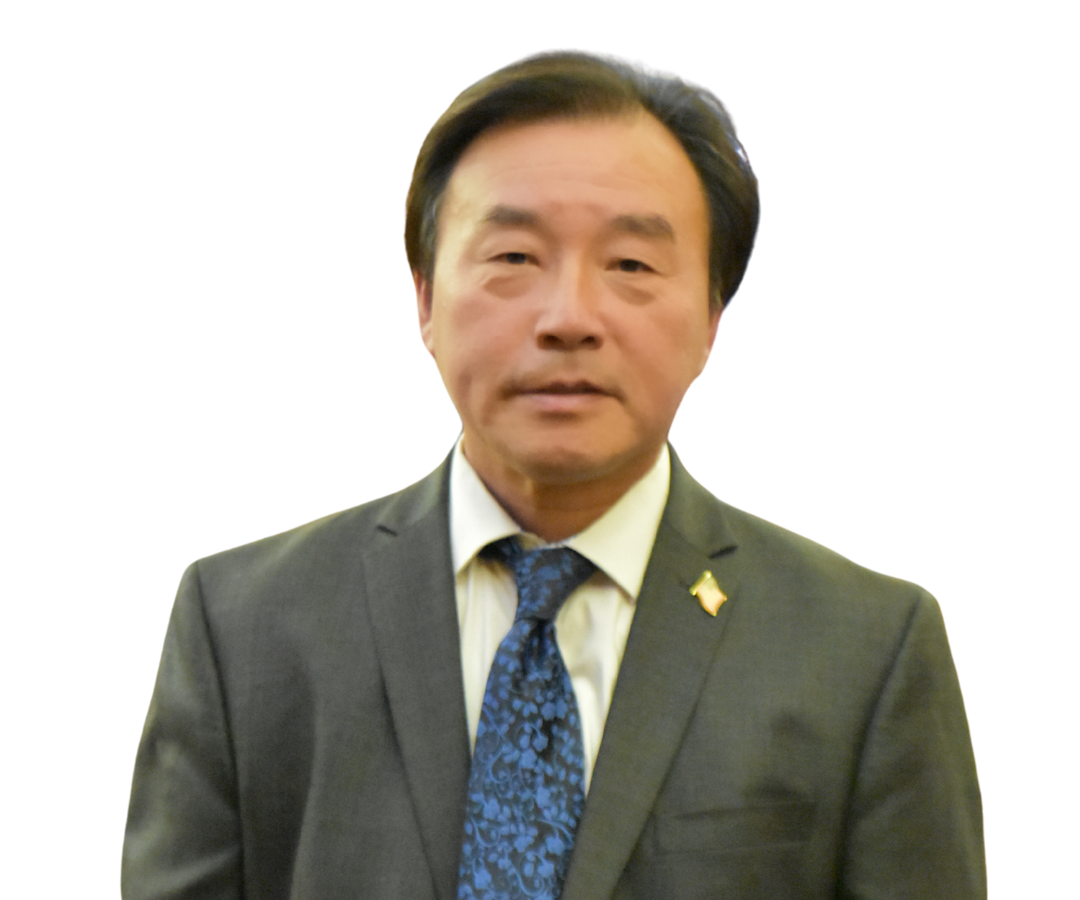 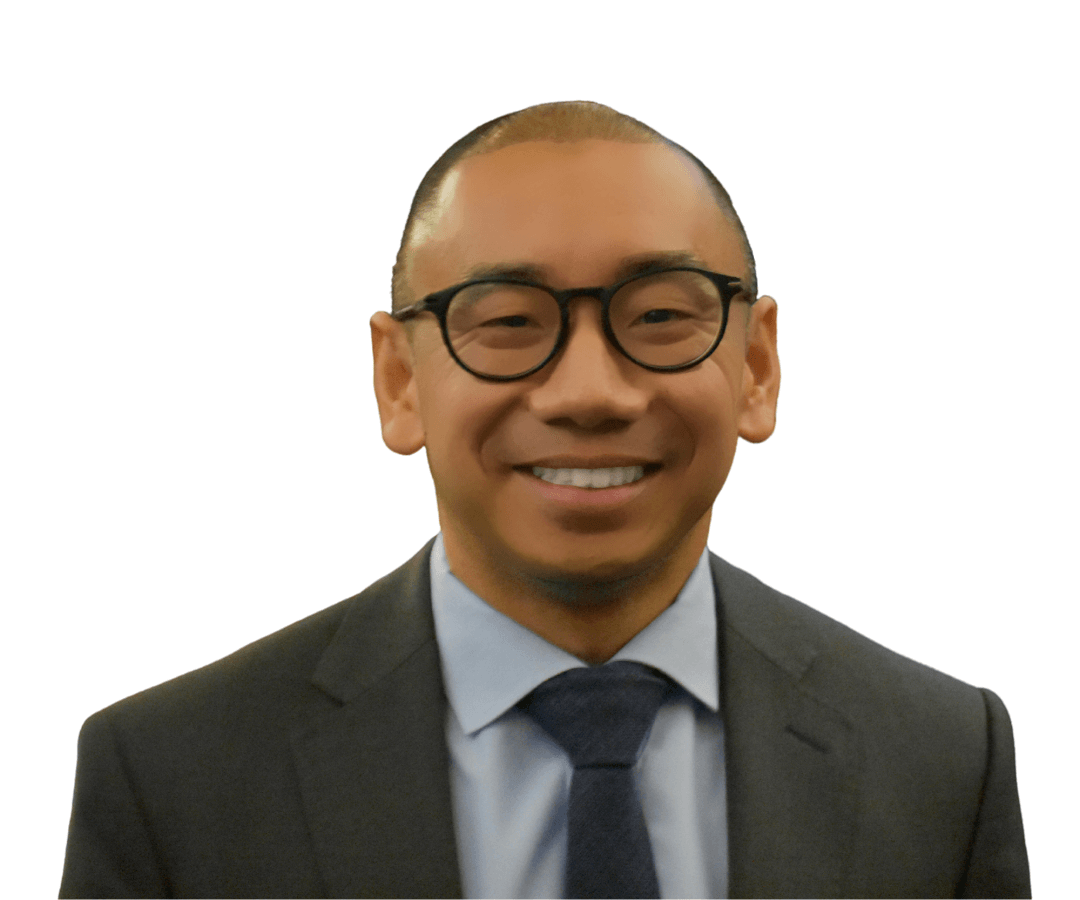 Scott Sakakihara was elected to the City Council in 2022. He previously served on the Union City Planning Commission as an alternate starting in 2017 and then as a full member until his election to City Council. Scott is a resident of District 4 and grew up in Union City, attending Pioneer Elementary, Itliong-Vera Cruz Middle School (then Alvarado Middle School), and James Logan High School.

Scott serves as an Intelligence Officer in the United States Navy Reserves and is the Finance Chief of Staff at a software company. He is a member of the Union City Lions Club and Saint Paul United Methodist Church. Earlier in his career, he interned with Congressman Pete Stark (representing Union City) in 2009 and served on a Japanese American Citizens League Fellowship in the office of Congresswoman Mazie Hirono and in the Obama White House.

Scott graduated from the University of California San Diego with a B.A. in Political Science and Harvard Law School with honors and is a member of the State Bar of California. He and his wife Melinda have two children and live on Regents Boulevard.