After extensive public outreach, five (5) public hearings and review of submitted maps from members of the public, the City Council adopted  Ordinance No. 862-19 , transitioning from a t-large elections to District-Based Councilmember Elections Pursuant to Elections Code Section 10010, and adopting District Map 105b2.   The first district election will be held Tuesday, November 3, 2020, at which time voters in District 1 will elect a Councilmember.  The election for the Mayoral seat will also be held Tuesday, November 3, 2020.  The Mayor is elected at-large by all voters in the City.

Look up your district using the Interactive map 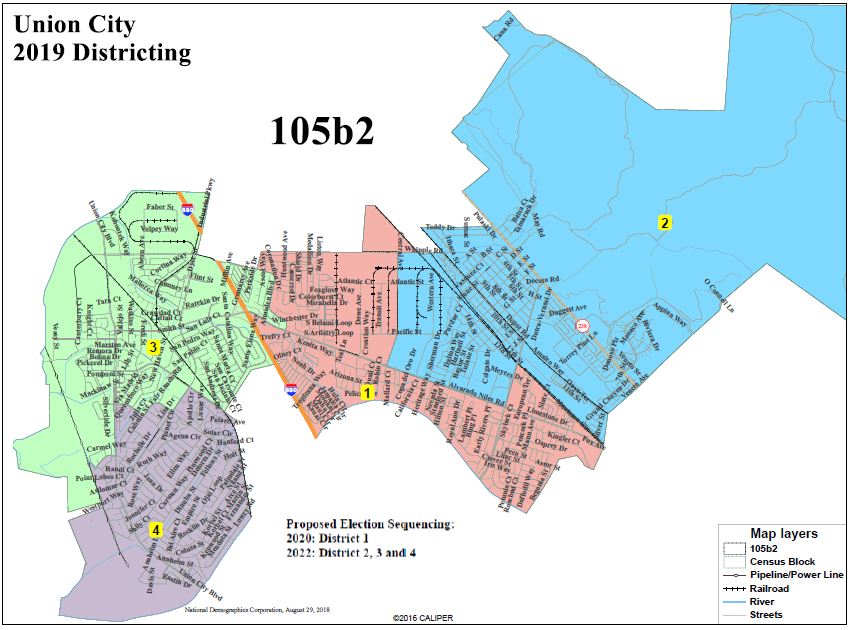