On Friday, June 3rd, at approximately 11:15 p.m., officers were dispatched to the 1200 block of Whipple Road to investigate a just occurred robbery.  The victim told police that she was walking through the parking lot when suddenly, the suspect approached her with a knife, hit her with a flashlight, and took her backpack.  The victim identified the suspect, and the case was sent to the District Attorney for charges.

On Thursday, May 26th, at approximately 12:15 p.m., officers responded to a disturbance at a business on Union Square and Decoto Road.  Multiple callers reported seeing the suspect chasing after two young female customers through the lobby.  An employee confronted the suspect, who then punched the victim in the chest, brandished a knife at him, and kicked a glass door, shattering it before fleeing.  Officers found the suspect nearby and placed him under arrest for the assault and vandalism.

On Wednesday, June 1st, at approximately 9:00 p.m., officers responded to a weapon brandishing in the 1700 block of Decoto Road.  The victim told police that she was closing her business when the suspect approached the door mumbling incoherently.  The victim asked him what he wanted, and the suspect lifted his shirt, exposing what the victim perceived as the black handle of a handgun.  The victim took her child and fled to safety, and the suspect fled on foot.  Officers located the suspect nearby, found him in possession of a large knife, and placed him under arrest. 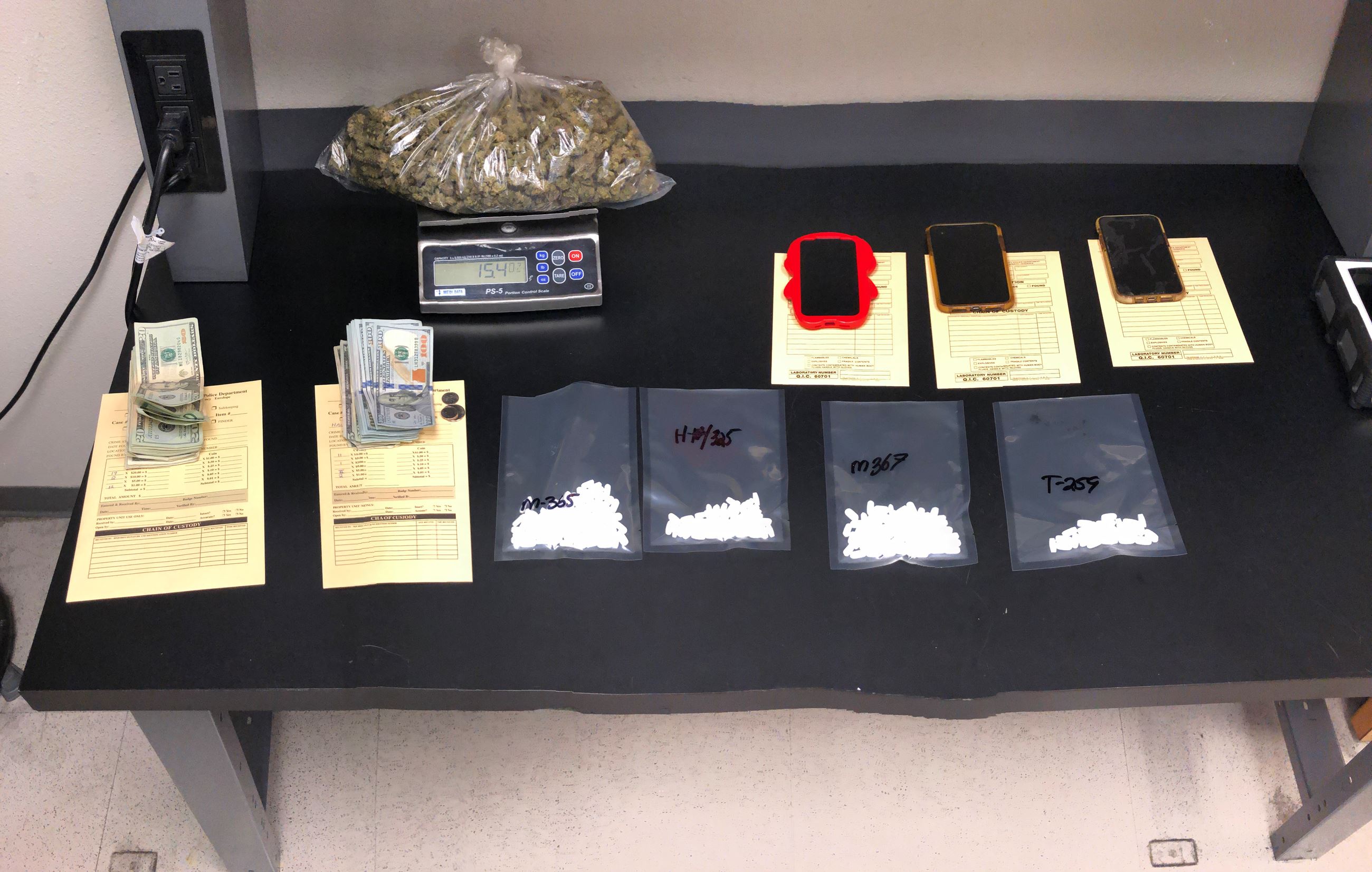 On Sunday, May 29th, at approximately 12:45 p.m., Field Training Officer Noyd conducted an investigative car stop on Decoto Road and Alvarado Niles Road.  As he approached the occupants, he could smell the odor of marijuana and consequently searched the car.  During the search, Officer Noyd found hundreds of narcotic pills, various other drugs, and large sums of money.  He arrested both occupants for possession of drugs with the intent to sell.

POSSESSION OF A FIREARM

On Thursday, June 16th, at approximately 1:00 a.m., Officer Aliyar conducted an investigative stop on a bicyclist on Alvarado Niles Road and Nidus Court, and the man quickly admitted that he had fentanyl on his person.  While searching the suspect, Officer Aliyar found a revolver in his front pocket and placed him under arrest for four felony weapons violations.

On Thursday, May 26th, at approximately 8:00 p.m., Field Training Officer Noyd contacted a group of juveniles surrounding a vehicle in the 33700 block of 4th Street.  During the contact, the owner of the car called the police to report their vehicle stolen.  Officers located a witness who identified one of the detained juveniles as the driver of the car; therefore, Officer Noyd placed the juvenile under arrest for possession of a stolen vehicle.

On Monday, May 23rd, at approximately 6:20 p.m., officers responded to a vehicle collision on Union City Boulevard and Dyer Street and contacted one of the drivers.  Officers determined the driver was intoxicated and placed him under arrest for DUI.

On Saturday, June 4th, at approximately 7:00 p.m., officers were dispatched to a collision on Decoto Road and Mission Boulevard. Upon arrival, the driver admitted to drinking and displayed objective symptoms of being under the influence of alcohol.  Officers placed the adult male driver under arrest for DUI.

On June 4th, at approximately 8:30 p.m., officers conducted a traffic stop on Alvarado Niles Road and Dowe Avenue.  They contacted the driver, who displayed objective symptoms of being under the influence of alcohol.  Officers placed the driver under arrest for DUI.

On Sunday, June 5th, shortly after midnight, officers responded to a vehicle collision on Alvarado Niles Road and Central Avenue. Upon arrival, officers contacted a female who displayed objective symptoms of being under the influence of alcohol but denied driving the vehicle.  Witnesses on the scene told officers the female was driving the car, and they even helped her out of the driver's seat.  Officers subsequently placed the female under arrest for DUI.

From Monday, May 23rd, to Sunday, June 5th, there were two residential burglaries reported.

From Monday, May 23rd, to Sunday, June 5th, there were seven reported commercial burglaries.

From Monday, May 23rd, to Sunday, June 5th, there were thirty-one reported auto burglaries.  Twenty of the burglaries occurred at the Union Landing shopping center, and the rest were in residential areas.

From Monday, May 23rd, to Sunday, June 5th, there were twenty-five reported vehicle thefts. As of the time of this report, fifteen of the vehicles have been recovered.