checks on Medallion Drive and Whipple Road when he saw two males drinking out of a vehicle parked at the red curb.  He contacted the subjects, and one admitted he had a gun in the car.  FTO Noyd recovered a loaded semiautomatic pistol from the center console, which was found to be reported stolen out of Sacramento County. The subject was arrested for the firearms charges and booked in jail. 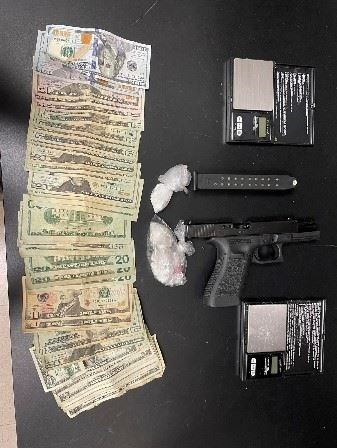 ted a group of subjects near their vehicle in the 32900 block of Mission Boulevard.  During the contact, he noticed a bag containing suspected cocaine in plain view.  During a search of the car, Officer Olson found a loaded pistol with a high-capacity magazine, 22 grams of suspected cocaine, and evidence of drug sales.  Two suspects were ultimately placed under arrest for the firearm and drug charges. 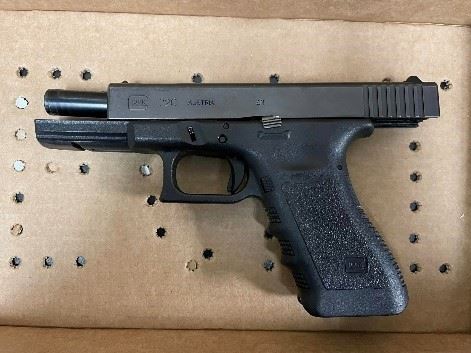 On Friday, November 4th, at approximately 5:00 p.m., Officer Benard was patrolling Union Landing and conducted a traffic enforcement stop on a car occupied by two subjects.  A records check revealed they were both on searchable probation.  During a search, Officer Benard found burglary tools, stolen property, and a large amount of methamphetamine.  One of the suspects was arrested for possession of burglary tools and drugs for sales, and the other for possession of the stolen property.

On Sunday, October 30th, at approximately 8:30 a.m., officers responded to a late-reported shooting on Red Cedar Lane and Torrey Pine Lane.  The caller told police he heard gunshots in the area at around 1:00 a.m., and several hours later, while on a walk, reported seeing evidence of a shooting at a home.  Officers arrived on the scene and checked on the welfare of the occupants, who luckily, did not sustain any injuries.

POSSESSION OF A FIREARM

On Thursday, October 27th, at approximately 8:30 a.m., while responding to an unrelated call for service on Decoto R

oad and Meyers Avenue, Officer Scarbrough saw a male discarding something into a parked vehicle.  He contacted the individual, who was on searchable probation, along with the owner of the car.  Officer Scarbrough searched the vehicle and found a loaded handgun and an un-serialized AR-15 pistol with two high-capacity magazines.  Both involved parties were arrested for several felony firearms charges and a probation violation.

On Wednesday, November 2nd, at approximately 9:00 p.m., officers responded to a collision at the

intersection of Mission Boulevard and Whipple Road. Upon arrival, they contacted the driver who was still seated in his vehicle. He displayed obvious objective symptoms of intoxication and was eventually placed under arrest for DUI. During the investigation, a loaded unregistered semiautomatic handgun with a high-capacity magazine was recovered from the vehicle. The driver was arrested for DUI and the firearms charges.

On Friday, November 4th, at approximately 1:00 a.m., officers were dispatched to a suspicious vehicle parked in the 3 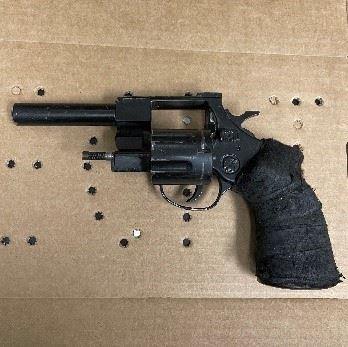 3200 block of Mission Boulevard.  Upon arrival, officers found the driver passed out at the wheel and when he finally woke, appeared to be heavily under the influence of a controlled substance.  A records check revealed the driver had numerous warrants for his arrest. Officers searched the driver and recovered narcotics and evidence indicative of drug sales.  Inside his vehicle, officers located a loaded revolver, an unregistered semiautomatic handgun, several stolen catalytic converters, and burglary tools. In addition to his warrants, the driver was subsequently arrested for the narcotics, firearms, and stolen property charges and booked in jail. 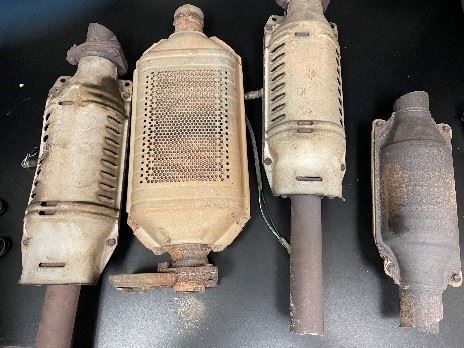 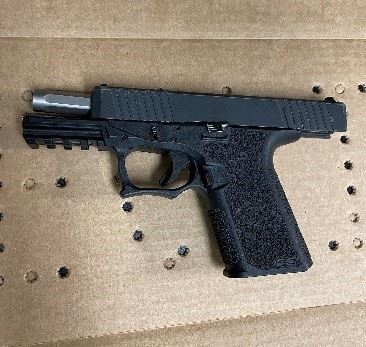 On Friday, November 4th, at approximately 10:00 p.m., officers responded to a weapon brandishing in the 32000 block of Paloma 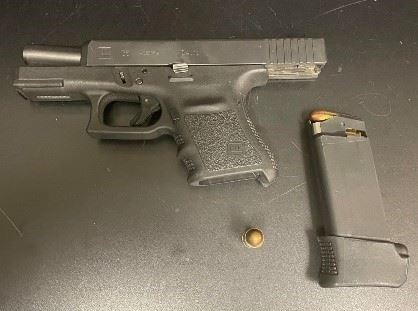 Court.  The victim told police that the suspect arrived at his house, pointed a firearm at him, and threatened to shoot him.  The suspect's mother removed the suspect from the area, and they fled in a car.  Officers later found the suspect's vehicle and pulled it over.  They arrested the juvenile suspect, released him to his mother at the scene, and recovered a loaded semiautomatic handgun inside the car.

On Tuesday, October 25th, at approximately 6:00 p.m., officers responded to a disturbance in the 32800 block of Arbor Vine Drive.  The victim told police that she and the suspect were in an argument, and the suspect threatened to shoot her.  The suspect momentarily went into his room and emerged at the top of the stairwell armed with a rifle.  Officers arrived and evacuated the occupants.  After a short standoff, the suspect exited the residence and was safely taken into custody.  A search warrant was executed at the residence, and several additional firearms were taken from the home.  The suspect was arrested for criminal threats.

FELONY DRIVING UNDER THE INFLUENCE

On Saturday, November 5th, at approximately 7:00 pm., officers responded to a vehicle collision on Station Way and Alvarado Niles Road.  The caller told police that a red vehicle ran into two parked cars and the passenger appeared to have a head injury.  Officers arrived and contacted the driver, who displayed obvious objective symptoms of intoxication and was consequently placed under arrest for DUI.

On Tuesday, November 1st, at approximately 9:00 p.m., officers responded to a robbery in the 1900 block of Whipple Road.  A witness saw the business clerk and suspect fighting over stolen property.  The suspect fled on foot but was quickly detained by officers.  Officers recovered the stolen property and placed the man under arrest for robbery.

On Monday, October 24th, at approximately 10:00 p.m., Officer Noyd conducted a traffic enforcement stop on Comet Circle and Meteor Drive. The driver displayed objective signs that he was under the influence of an alcoholic beverage and admitted to drinking alcohol.  He was placed under arrest for DUI.

On Tuesday, November 1st, at approximately 4:15 p.m., officers responded to a welfare check on Donoso Plaza and Veneto Avenue. The caller was concerned about a male asleep at the wheel of his vehicle. Officers arrived and found an unconscious male inside his car with the engine running.  They woke the subject, who displayed objective symptoms of alcohol intoxication and was ultimately arrested for DUI.

On Thursday, November 3rd, at approximately 11:15 a.m., officers responded to an in-progress catalytic converter theft in the 31700 block of Alvarado Boulevard.  The caller told police they saw a subject under the victim’s vehicle with a jack and various cutting tools.  A witness confronted the suspect, and he fled on a bike.  Officers located the suspect a short distance away, arrested him, and recovered the catalytic converter.

From Monday, October 24th, to Sunday, November 6th, there were twenty-five reported auto burglaries.  Twelve of the burglaries occurred at the Union Landing shopping center, and the rest were in residential areas.

From Monday, October 24th, to Sunday, November 6th, there were sixteen reported vehicle thefts. As of the time of this report, seven of the vehicles have been recovered.