Filing a Claim Against the City 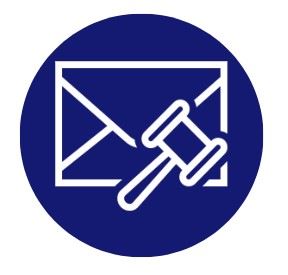 Submit a completed claim form with any supporting documents directly to the City Clerk's Office:

The City Clerk Office accepts service for summons and subpoenas relating to City business (except for subpoenas relating to Police matters which are accepted at the Police Department). The City Clerk does not accept lawsuits which names only an individual and for which the City is not named. Subpoenas for City records should be served on the Office of the City Clerk. Subpoenas for City records must include a check for $15 made out to the City of Union City. Subpoenas for the appearance of City employees in matters related to the City should also be served at the City Clerk’s Office. All witness and record fees required under California law must be tendered with the subpoena.

A summons is a legal notice served by a sheriff, an officer of a court, a licensed process server, or other authorized person. The summons notifies the person named in it that a lawsuit has been filed against the person. The person named must respond to the complaint within a specified period (usually 30 days) or a default judgment can be entered against the person named. If the summons is for an individual person and the City is not also named, the City Clerk will not accept service; however, if the summons is issued to the City with others named related to City business, then the City Clerk may accept service on behalf of the City.

A subpoena is an order to appear as a witness and give testimony, in court or at a deposition, or to produce documents in a case in which the witness is usually not a party to the lawsuit. A person who receives a subpoena must obey it under penalty of being held in contempt of court for noncompliance. The subpoena will indicate a date, time and location of personal appearance or the date to produce any documents. Subpoenas should be served to the City Clerk, along with any appropriate witness fee. Pursuant to Government Code section 68096.1(b), any subpoena of a City employee must be accompanied by a $275 deposit check to assist in covering the cost of wages of the employee. It is an advance, as the requester of the deposition or court appearance ultimately must pay the full cost of the employee's time spent during the appearance.